The Hsinchu Second Branch serves English-speaking membersliving in the Hsinchu area. The branch was established in 1996 when Brother Cecil Davis from Idaho was called to be the branch president. He organized the branch under the direction of the Taichung Mission and Hsinchu District Presidencies. In its earliest days, missionaries served in the branch presidency, under President Davis, and they also helped with the teaching of lessons.  It is a very unique branch in the Hsinchu Stake. Most of its members are foreigners, many of whom found the Gospel after living in Hsinchu awhile. There is a great flux of members in and out of the branch; most return to their home countries after a few years of employment here. They take the seeds of the Gospel back home, to their families in the Philippines, Indonesia, and Japan. The branch also has Americans, most of them long-term members, and local Taiwanese members who have English language skills. The Taiwanese members volunteered to join the Hsinchu Second Branch, to strengthen and support its leadership and auxiliaries.

The current Branch President is President Arthur Wang. He has been serving since Mar 31 2002. His first counselor is President Michael Jenks and the branch clerk is Brother Bill Yu.

There were about 50 members in Hsinchu Second Branch. The monthly attendance rate is quite high, at 70% and greater. The branch meets the needs of its members: gospel instruction, friendship and support, and a sense of “family” and belonging.  Members are strengthened through activity and by magnifying their callings. The Lord never fails to support and bless the branch and the efforts of its members.

There were 13 children in the primary program. Sister Theresa Jenks is the Primary President; Sister Michelle Wang is the first counselor; Sister Kelly Reynolds is the second counselor. There is a nursery class, Sunbeams, and Valiant class. There is sharing time and music instruction. Young Women and Young Men programs will be established in the summer of 2005, to meet the needs of an American family who will be moving to Hsinchu from China. There are 24 sisters in Relief Society. Sister Pam Chen is the Relief Society President;Sis ter Lisa Patong is the first counselor; Sister Olive Salcedo is the second counselor; Sister Janice Tomelden is secretary. The sisters love and care for each other and give support and assistance to those in need. 80% of the sisters attend R.S. meetings and/or Enrichment each month. This shows a great level of commitment to the Gospel, as most of the sisters work very long hours (many work 12-hour night shifts) and transportation to church may be difficult or expensive. The sisters are enthusiastic about sharing the Gospel with their friends and family members.

Thomas Chen is the President of the Elders Quorum. He is assisted by his first counselor Blake Lee. There are 9 Melchizdek priesthood holders now all active and serving this branch with their dedicatory hearts. 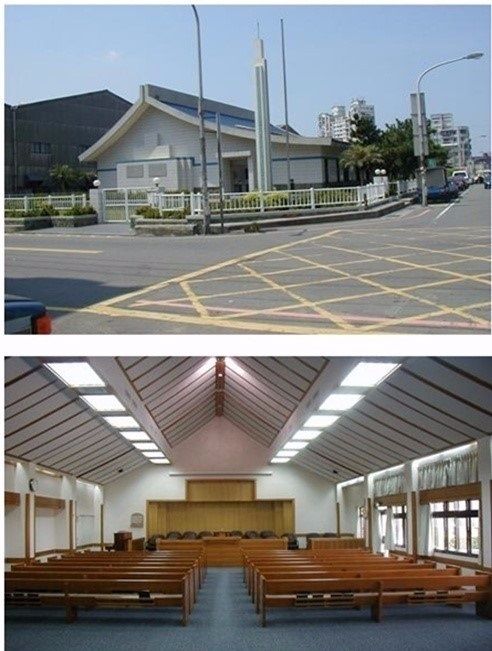