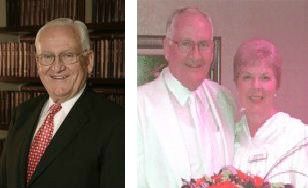 The following passage about President Hardy is written by Bro. Bruno in Las Vegas.