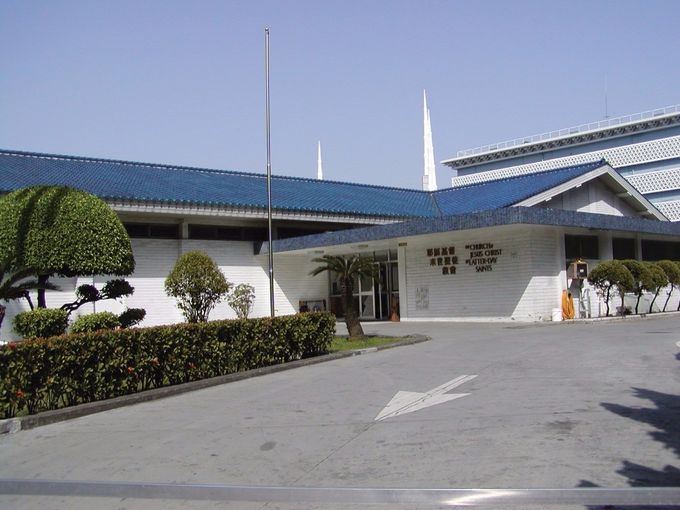 1956    The first group of missionaries arrived in Taiwan and began missionary work 1959 Elder Mark E. Petersen dedicated Taiwan for the preaching of the gospel 1964 The Chinese translation for the Book of Mormon was completed

1968 The Chinese translation for the Doctrine & Covenants was complete 1971 The Taiwan Mission was established 1975 President Spencer W. Kimball visited Taiwan and presided over the regional

1990 The Part-Time Custodian System was implemented

1991 The Budget Allowance System was implemented

District 1998 The Kaohsiung Mission was re-established 1999 The Church magazine, Voice of the Saints, was renamed as Liahona 2000 The CES Office in the south resumed operation 2000 The Employment Resource Center in Taipei began operation 2001 Part of the Church’s name in Chinese was changed from “the End of the World

to “Latter-day” 2001 Elder L. Tom Perry visited Taiwan and presided over a special stake conference of

2004 Bishop Burton observed the construction of Church Building in Taipei

The 100th unit in Taiwan goes to the Mingchien branch

2012.11.9. Mary Cook, 1st counselor of YW and Linda Reeves, 2nd counselor of RS, visit Taiwan 2013 The Church created a unit in Kinmen and rent a meetinghouse

2019.5.22     Elder Russell Ballard, acting president of the Council of the Twelve, visit Taiwan.

2020.3.15   Asia Area Presidency instructed that all Church meetings and activities are put on hold.   When authorized by the bishop, priesthood holders could administer sacrament in their homes.  Eldes quorum will assigh two brothers to administer sacrament in families without priesthood holders at least once a month.  Stake presidencies could authorize units to hold online sacrament meetings.

2020.4.3     All foreigner missionaries returned to their own countries according to the instruction from Church headquarters.  At this time, about 70 local missionaries from Taiwan serving in other countries have already returned to Taiwan and will continue their mission in the two missions in Taiwan after 14 days of quarantine.

2020.5.18    Taipei Temple reopens for phase 1 operation.  Only living husband-and-wife sealing ordinances areto be performed for members who have been previously endowed.  Pre-appointment is necessary.

2020.5.30    Some American missionaries who returned earlier to US are returning to Taiwan.

2020.6.14    Sacrament meetings in the Church is authorized with proper precaution actions.  Other organizations meetings and activities are still not authorized.